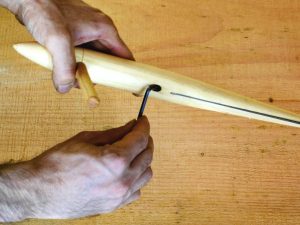 When using a reamer, remove the reamer from the hole and remove the shavings from in front of the blade every few rotations. Sliding the blade sideways in the reamer is an easy way to do this. To adjust the angle of the hole you are reaming, push the reamer in the direction it needs to go, while keeping it seated in the hole.
Aggressiveness of the cut can be adjusted by turning the adjusting screw; turning the screw clockwise will increase the cut, counterclockwise will lessen the cut. 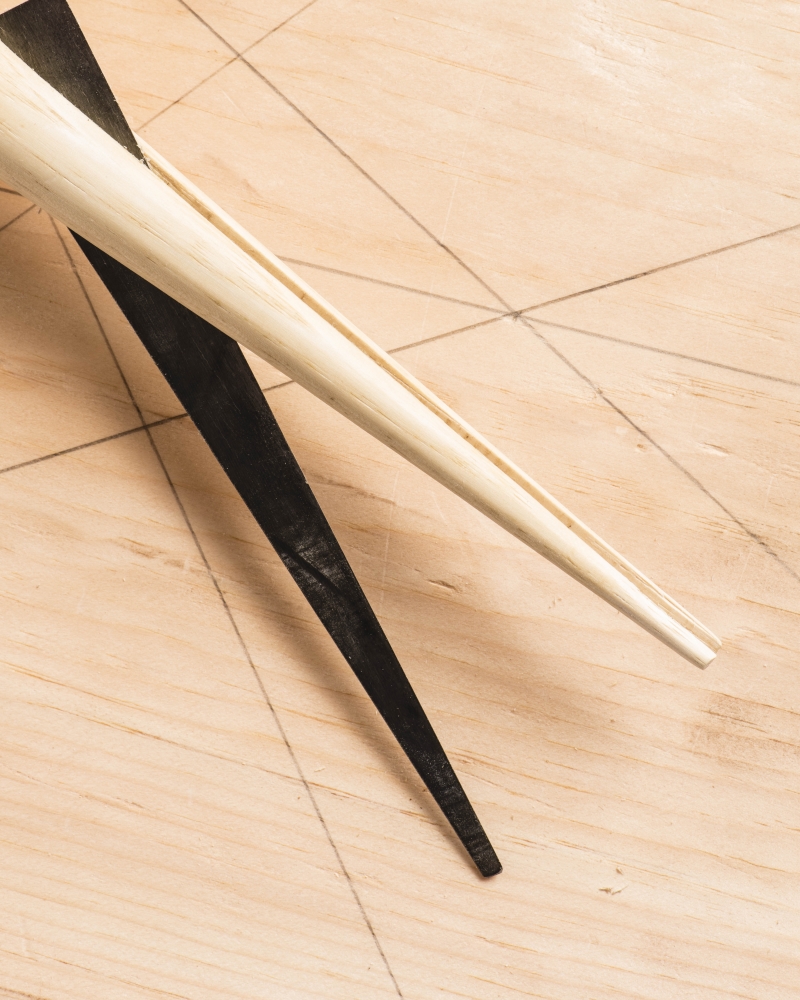 The reamer blade is sharpened on the same principal as a cabinet scraper. Honed to a fine edge, the blade is then burnished with some sort of hard, smooth metal, such as the back of a chisel. This produces a burr, which is what does the cutting. 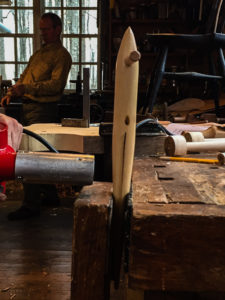 Sometimes reamer blades get loose and start falling on the floor. They can be tightened by clamping the reamer in a vice with the blade out, heating the reamer till it’s too hot to touch (a heat gun works well), leave it in the vice till it’s cool and repeat as necessary.

REAMING HOLES IN A WINDSOR SEAT

Set a bevel square to the resultant angle (the angle between the seat and the reamer) MINUS half the taper of your reamer. For example, if your resultant angle

is twenty-four degrees and you are using a six-degree reamer, set your bevel square to twenty-one degrees. Push the square up against the reamer, and you’ve got the correct angle in the other plane. Another option is to make yourself a large bevel square, set it to the actual resultant angle (in the example, twenty-four degrees), and line it up with the cylindrical section of the reamer. In chairmaking as in life, options are plentiful.

Reamers can be purchased here.