In June, Curtis became a grandfather. Since I’ve known him, he has wanted to build a version of one of the cradles in Santore’s book. He finally got the chance and what a beauty it is: 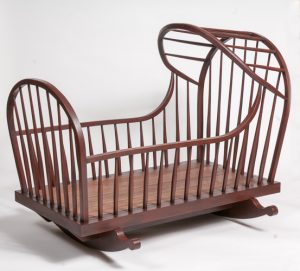 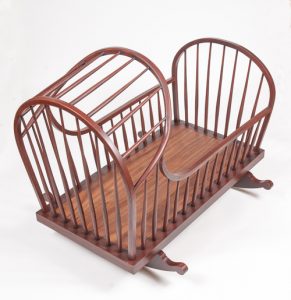 Here’s a lovely video interview of Curtis Buchanan describing his conscious approach to his life and work. Filmed by a group of Warren-Wilson College students.

Following the Grain from Warren Wilson Docs on Vimeo.

What a beautiful piece.

thanks for posting that one, Elia. I hadn’t seen it before. Just spoke to Curtis a week or so ago. I call him the “happiest woodworker I know…” hope to see you in October. PF

I’ll try to come by in Oct, but I’m supposed to be doing a demo in Asheville one day that weekend. Are you going to need poplar for bowls again? I’m going to try and come up with Curtis next year – be fun to see your new place. Elia