The last time I saw Jennie Alexander was 15 years and two months ago. She was John then and I was a 17 year old kid. I spend three weeks living in Baltimore learning to build a 17th century joint stool and learning to think like a lawyer.

I visited Jennie on my way to Maine a couple weeks ago.  She has a huge collection of 18th and 19th century broken chairs and chair parts. Here’s one joint I saw (apologies for the crumby photos): 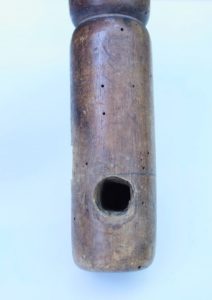 A roughly square mortice.  This is probably a post-and-rung chair, but I have seen examples of this joint on Windsors as well. Note that the mortice isn’t really square. 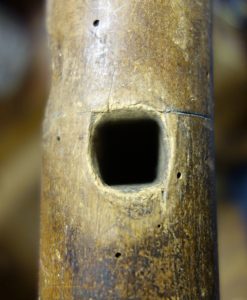 And each mortice is a different kind of ‘roughly square’. 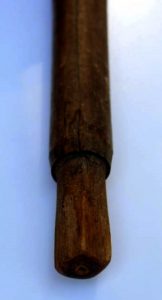 Here you can see that the tenons were turned bulbous, then the bulbous portion was shaved to a square cross-section. The tenon is still round near the shoulder. 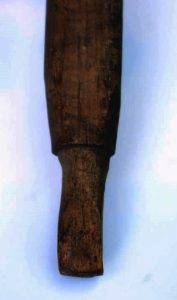 Sometimes he didn’t do a very precise job of whittling the tenon. 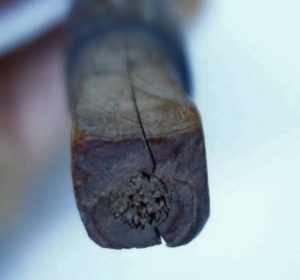 The ends of the tenon are roughly square.  Looks like he just broke off the extra nubbin where his lathe center was.

I want to run some test joints.  Trying to chop those mortices  to match each tenon would be painstaking, but if the tenons are any indication, I doubt this guy was the painstaking sort.  My gut feeling right now, despite trying to convince Jennie otherwise,  is that the tenon was driven into a round mortice. Does that mean the mortice was green?  I don’t know, but I want to try it and find out.