My girlfriend Morgan and I went to an estate sale last weekend that had several early 19th C. Windsors, including this settee.  I love looking at old chairs – there’s so much to learn. 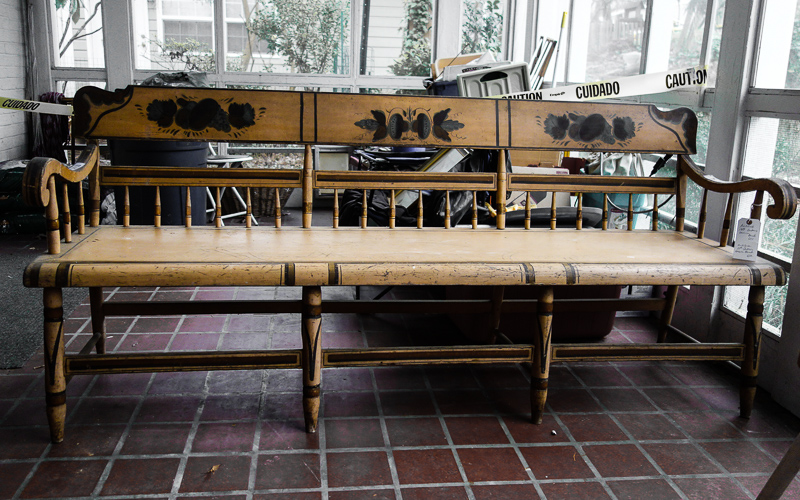 It’s pretty big, 60 or 70″ wide.  The seat is too deep for comfort in my opinion, though the lady at the sales counter seemed a little offended that I was so opinionated.  The seat is a single piece of pine about 21″ deep and my tall legs just barely allowed my back to touch the chair’s back.  Morgan had to slouch to lean against the back.  Is the back just for looks?  Or maybe this is the 19th C. equivalent of a modern couch; looks comfy, feels awful. 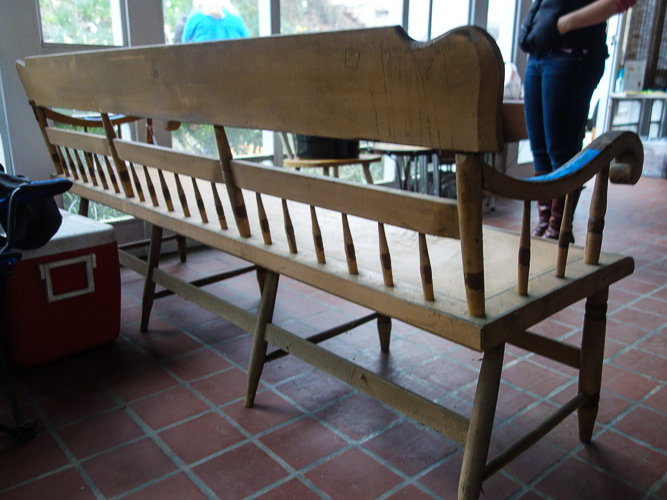 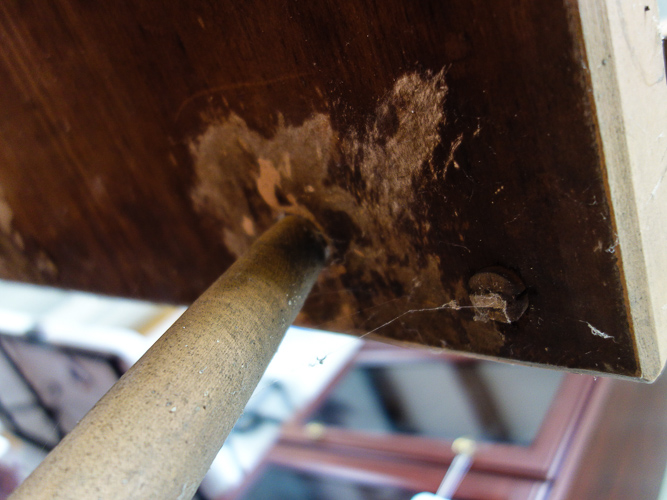 ….nor the underside of the seat…. 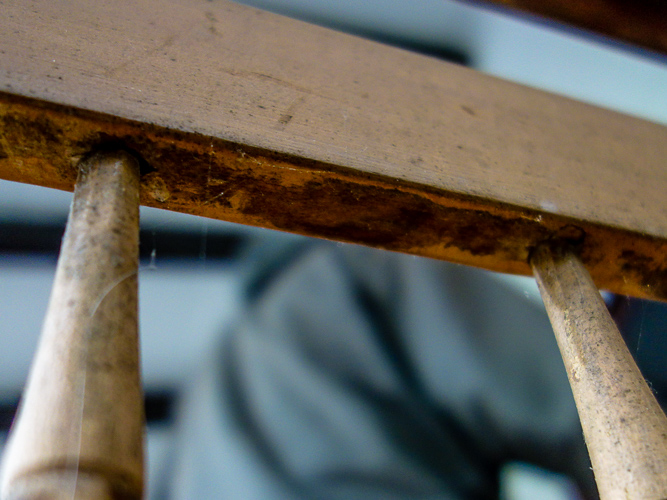 …nor the underside of the lower rail.  It’s hard to see in this photo, but the spindle tenons are cut with six or eight strokes of a knife.  The spindles were turned green (they are oval), dried, then the guy assembling the chair whittled the tenons to fit the mortise.  He only cut the back and sides of the tenon… 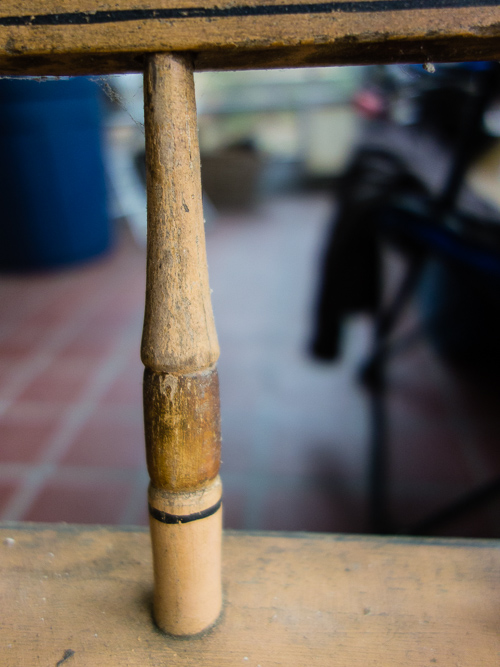 …leaving the front of the tenon smooth. 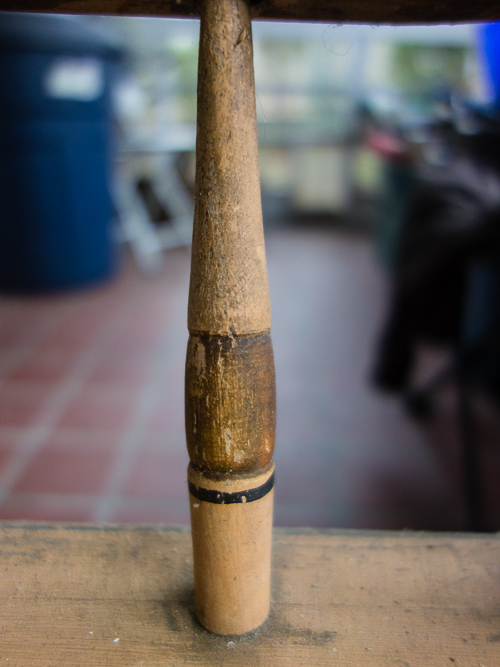 The spindles were hand turned – notice the difference in shape between this spindle and spindle in the previous photo.  He wasn’t wasting much time with the details. 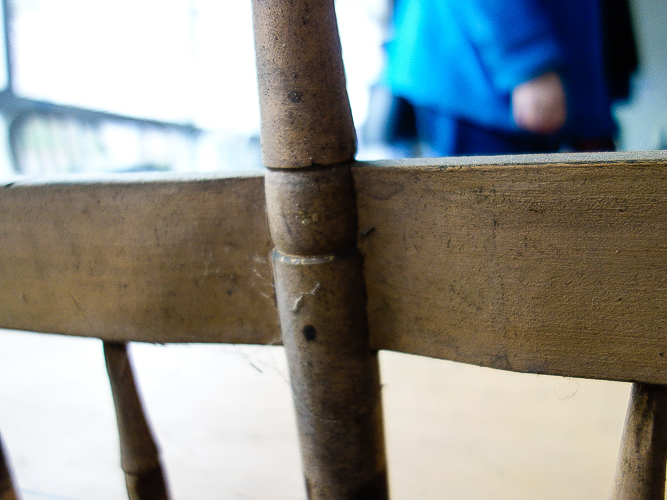 These are the lower crests entering one of the center posts.  The ends of the crests have been shaved down so they can fit into the post mortise. Makes sense – the crest tenons need to be small enough to pass through the post, the rest of the crest needs to be thick enough to handle spindle mortises. 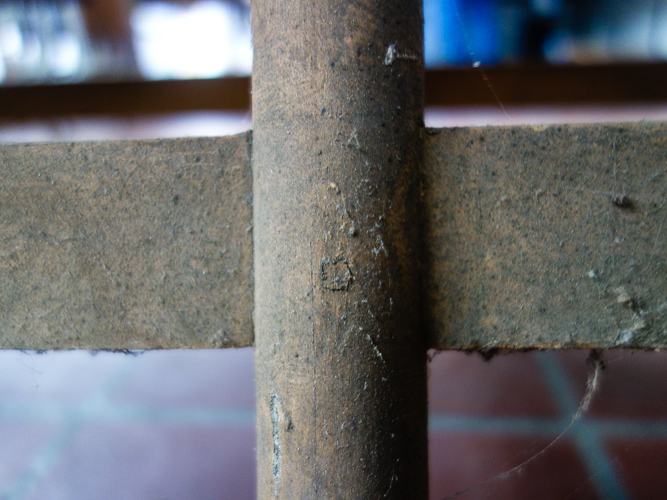 However, the front and rear stretchers are made from one long sawn board that passes all the way through the center two legs, since the peg would be useless if two stretcher were meeting in the middle of this leg. 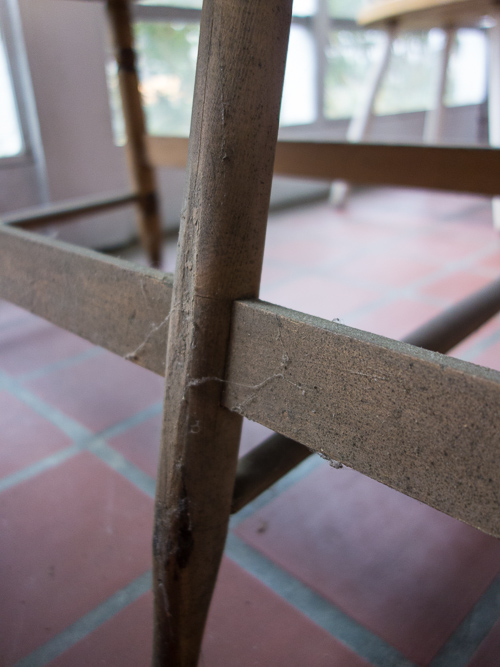 A riven surface on this leg 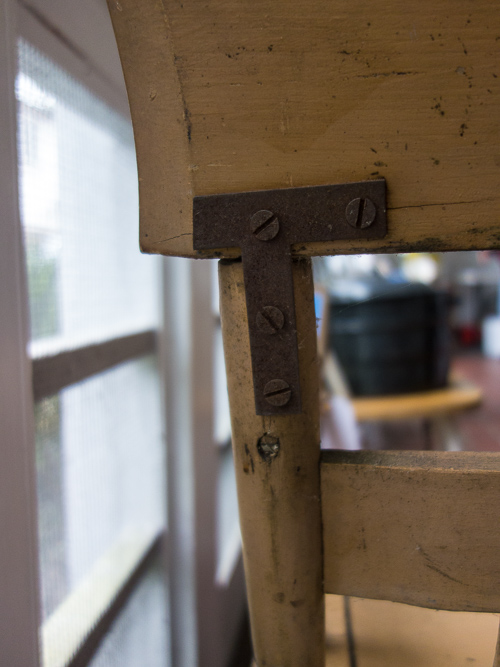 This chair is having trouble with it’s post-to-crest joints. 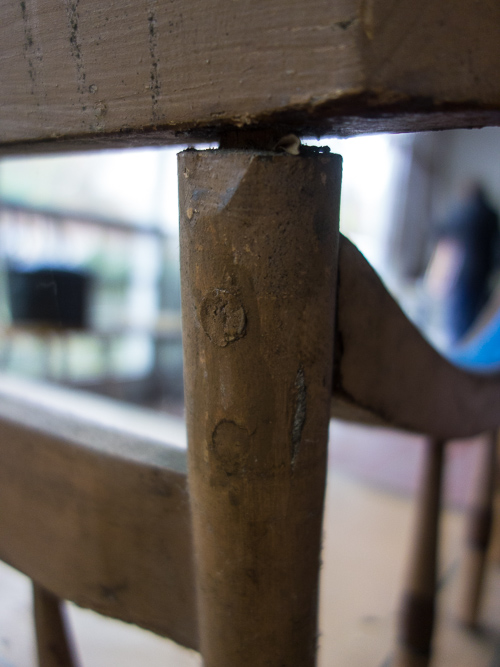 The other side.  The arms seem to be held on with pegs, or maybe plugged screws.  I didn’t pay much attention to this while I was there. Now I wish I had. 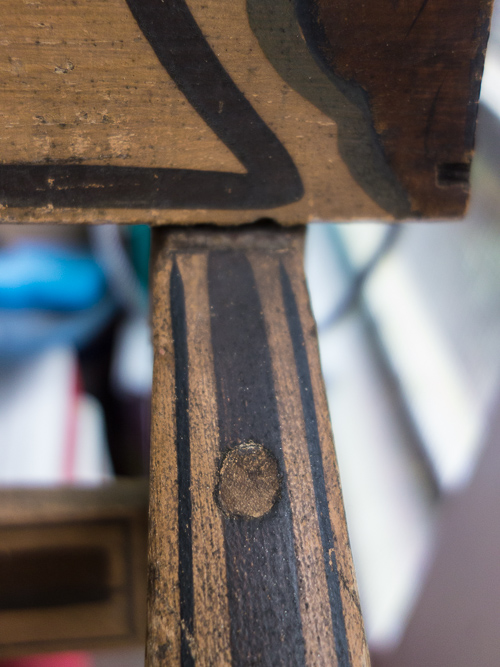 The front side of the same joint.  The top crest is made from a sawn pine board. 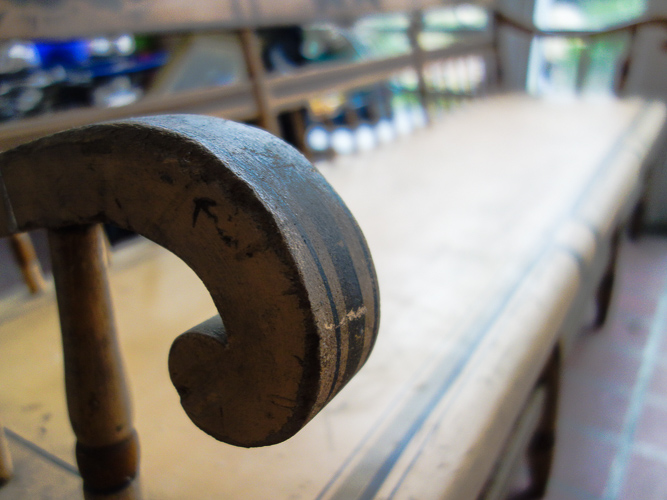 The arms are sawn out of a board, with no details other than the paint.

The deep seat of this chair may have been necessary to accommodate the fashion of it’s time. As an example, Here is a chart showing dresses worn in 19th century: https://terrizae.deviantart.com/art/19th-Century-Fashion-Timeline-462575158

The users of this chair may not have been dressed this fancy all the time, but some added space may have been standard in that era.

Good point! It would be interesting to know more about that – did chair seats become deeper later in the 19th c. as the clothes got bigger? Elia