Filmed in 1954, this video shows a large cooperage in full swing. At this time the cooper’s trade had been going uninterrupted for hundreds of years and we are watching the result. These guys move! I suspect chairmaking was once this efficient, but our trade died out in the 20th century and we are having to struggle to relearn it.

They start riving staves and hewing them with a froe.  The English seem to like sharp froes.  I don’t think I would like it for what I do – a sharp froe can damage an otherwise perfect riven surface as it’s opening the split.

Following a terrifying looking cut-off saw, a man with a cooper’s axe hews the staves to width.  This is the kind of work that amazes me so; an open edge cutting a very precise shape very quickly.

The profile is then further refined with a drawknife in some sort of brake.  The head of the brake seems to be spring-loaded some way: notice how it bounces once the fellow takes the stave out.

The barrel is smoked, then bent with a huge windlass contraption.

The ends of the staves are beveled with an adz and plane so that the weight of the barrel never rests on the inside of the staves, which would break off the groove (chine) that holds the head on.  More  axe work follows as the head is made and assembled.

Peter Follansbee is teaching a bowl carving class at Roy Underhill’s school this week and they needed some tulip poplar: 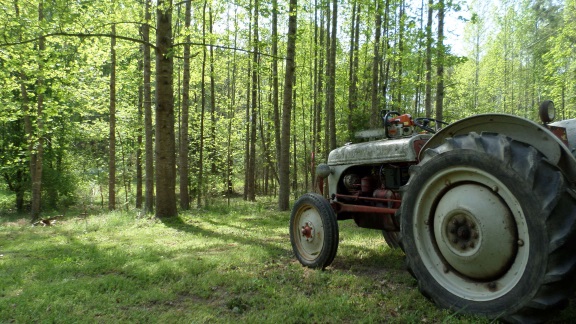 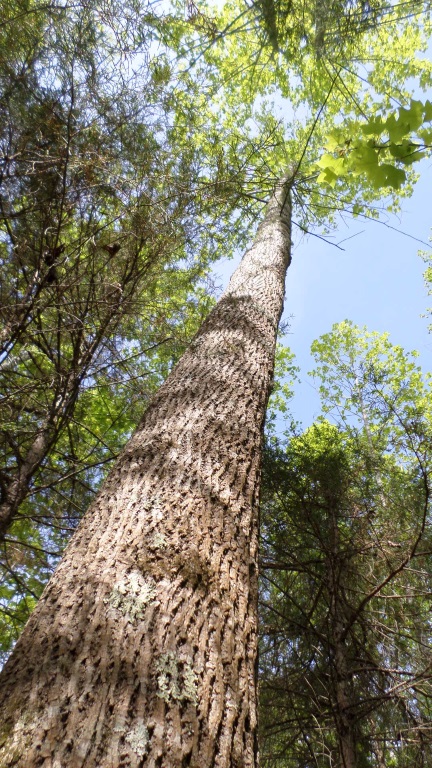 This is the one! 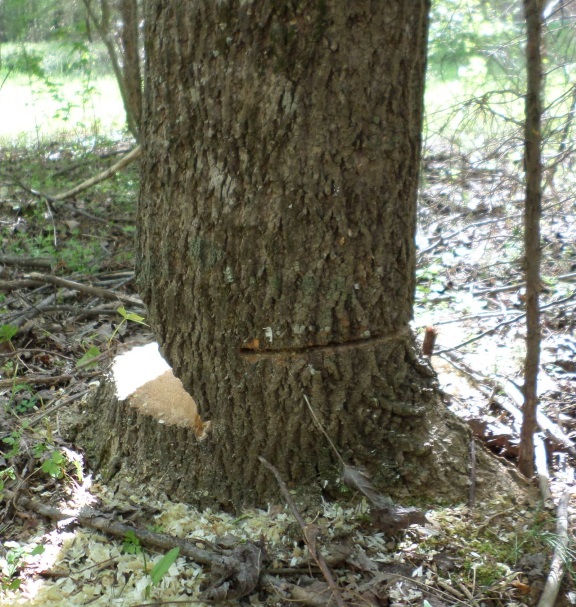 My back cut is too high. 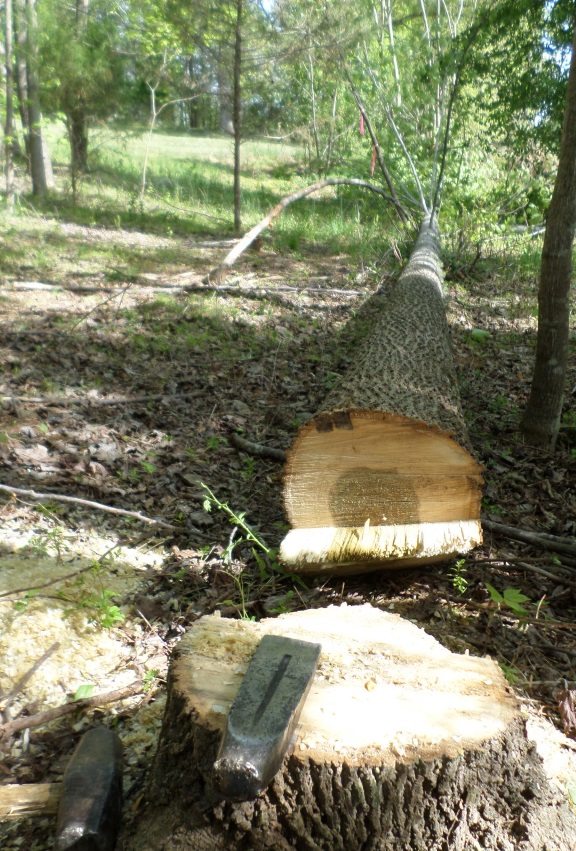 A wedge pushes it in the right direction 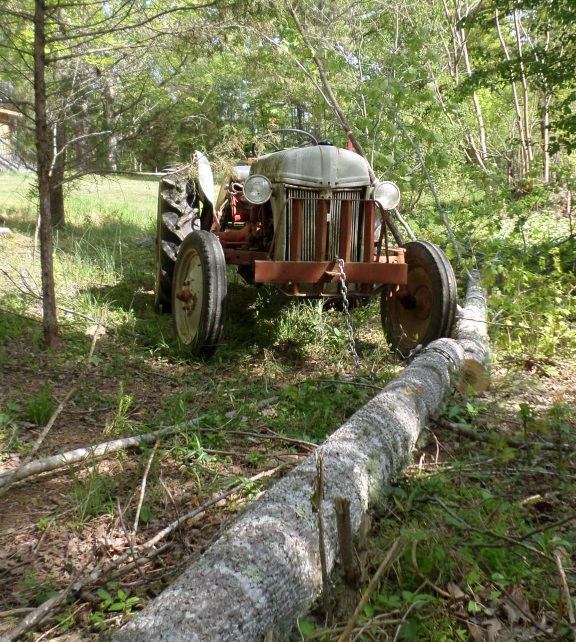 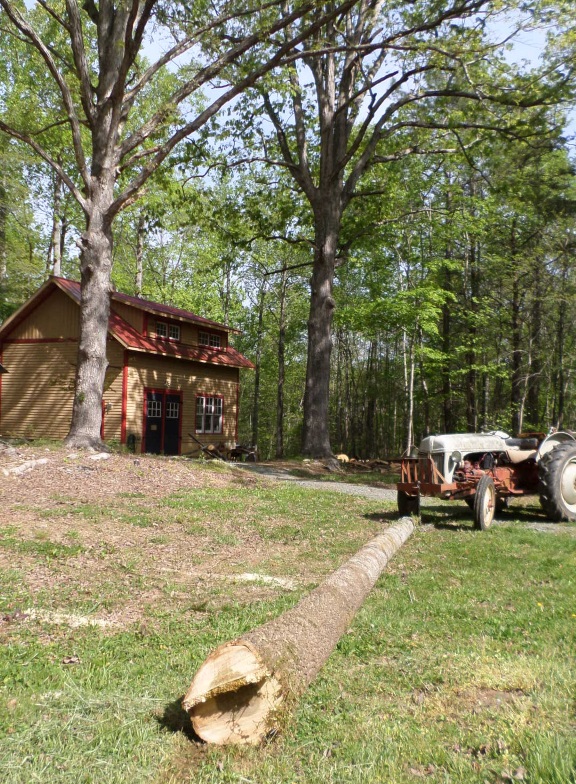 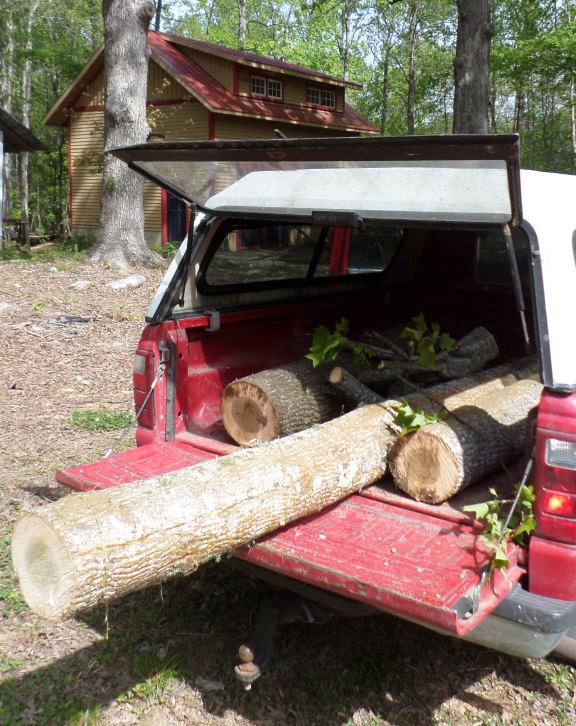 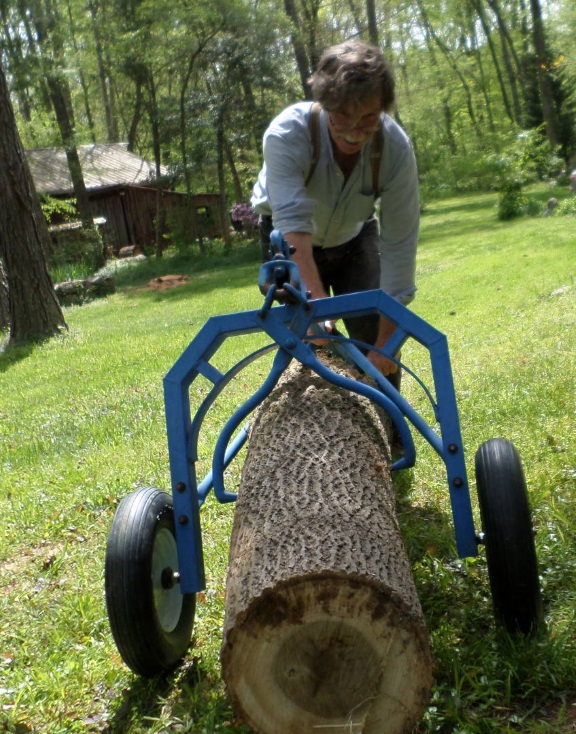