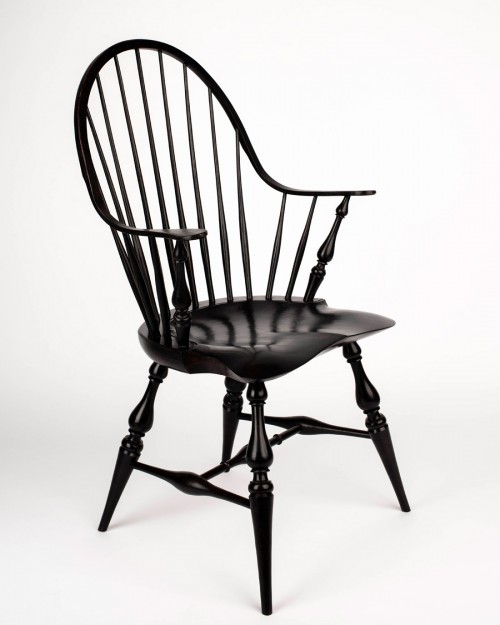 I still remember the excitement I felt. I was 16 years old, returning home from a week’s camping trip. My mother’s first words were, “Roy Underhill called!”

We couldn’t believe it. Weeks before, my mother had found his number on the internet and left a message seeking advice about a job I had bid $600 on: shingling a 1860’s log cabin with riven tulip poplar shingles. Tulip poplar was all I could get my hands on. I looked for oak but couldn’t find any.

I was over the moon. Having watched Roy’s TV show religiously for half my young life, he was more famous to me than Michael Jackson.

My mother had to call him back – I was too scared. He was very kind. Roy thought a poplar roof might possibly not be the very best idea he had ever heard. Maybe. Poplar doesn’t split very straight. Oh, and it rots faster than you can say ‘I want cedar shingles’ twenty times. But he admired my initiative. Maybe he could get me a volunteer position with the housewrights at Colonial Williamsburg….

Twenty years later, Roy is sitting in an unpainted Continuous Arm chair behind a camera in my shop. We have just finished filming my first live-stream class, “All about Drawknives”.

“That was really good,” says Roy, forever kind. “Who taught you all that?”

“I learned it all watching your show,” I replied. 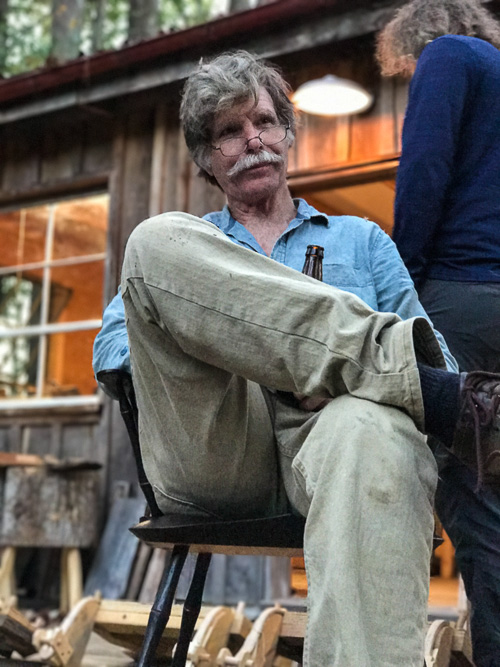 Great story! Thanks for sharing!

And so it comes around. Must have been satisfying from all perspectives.

Nice piece Elia. I’m sure that Roy, and Curtis, are satisfied with lending you a hand and are quite proud of how you’ve come along.