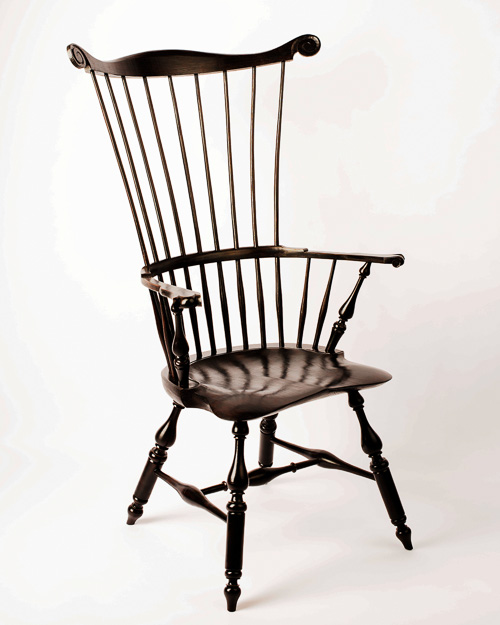 This is a story for John and his family. It’s also for Scott, who’s Comb Back Arm Chair and Windsor Table were delivered last month. I wrote the story in the middle of January, when it happened:

John Braxton died a couple weeks ago. A Quaker gunsmith, he machined thousands of travisher blades and a variety of specialized gizmos for me over the years. I don’t know if we were friends, but maybe we were; we enjoyed talking about local history, the Industrial Revolution, eating habits and phase converters.

As I was boring holes in the crest of a comb back arm chair this morning, the phone rang. I walked over, turned down the Stanley Brothers and answered it.

“Hello, this is Judy Braxton. I have your travisher blades done.”

“Y-Y-You do?” I stammered. I had sent John tool steel for travisher blades back in August, but when I heard of John’s death I assumed he hadn’t worked on my order yet, much less finished it.

“You heard about John?” Judy asked. “John was getting weak back before Christmas, but he wanted to get your blades done. He must have known something was really wrong. Everyday he’d go to the shop and work an hour, but that’s all he could do.

What could I say?

You are a good man, John. May you rest in peace. 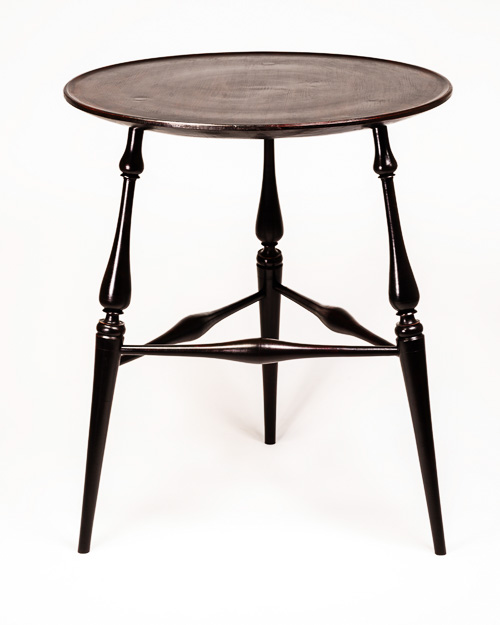 While I’v never met John, that is an incredible story and testament to John’s character.

What an inspiring story Elia. Thanks.

There is a level of commitment here which leaves one feeling inadequate. John must have been a man of strength and so to his family. Rest easy for your work is done.