The Dominy Lathe is Done (almost)

A few days ago I picked up the spikes for my new lathe from blacksmith Peter Ross. He seemed to enjoy making them: “People don’t want work this rough very often, but I was trained to make reproductions like this.” Peter thinks the hardware was make by the Dominys – it’s too funky for commercial work. Peter copied them to a tee. 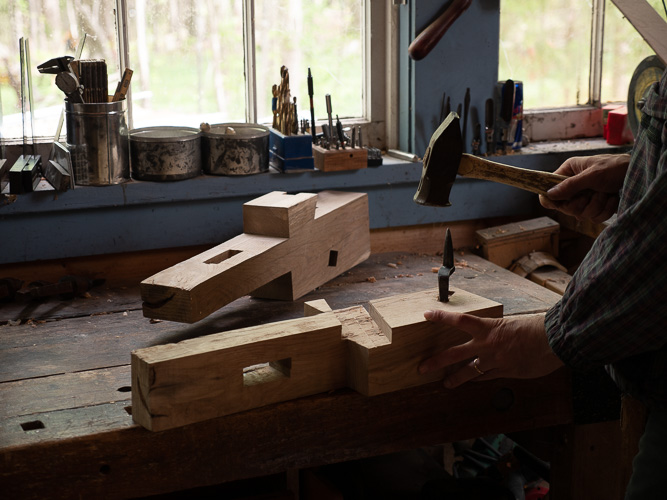 The tail center is fixed in place with an integral spike. 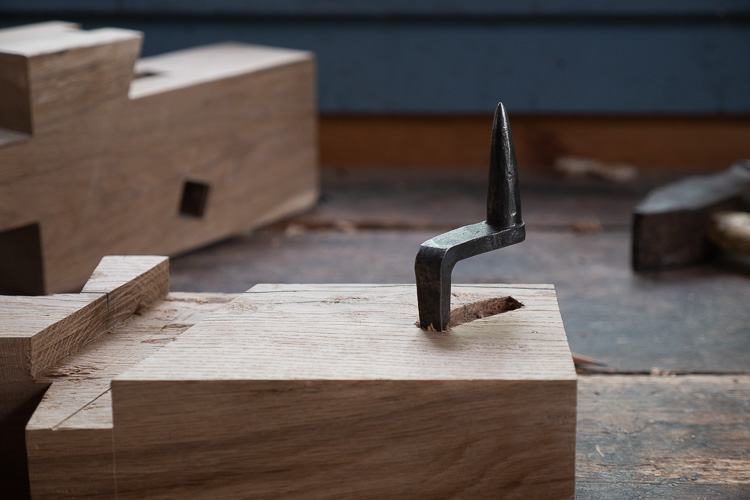 I drilled a stepped hole, then drove it together. 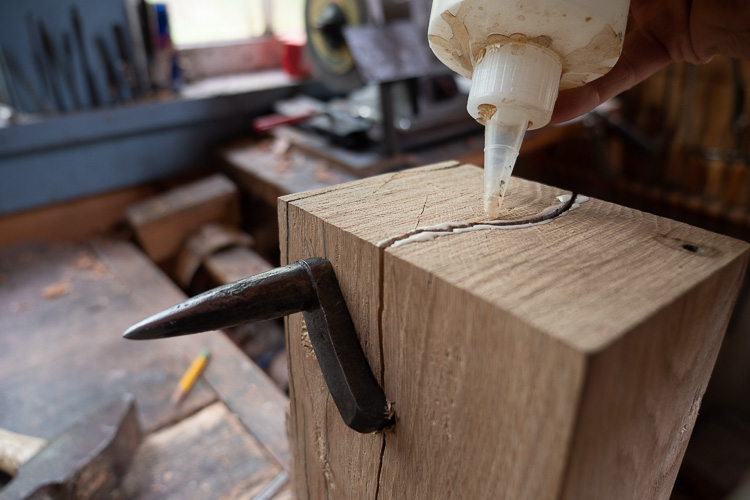 Oops! I forgot the spike was also a very powerful (i.e. low-angle) wedge. 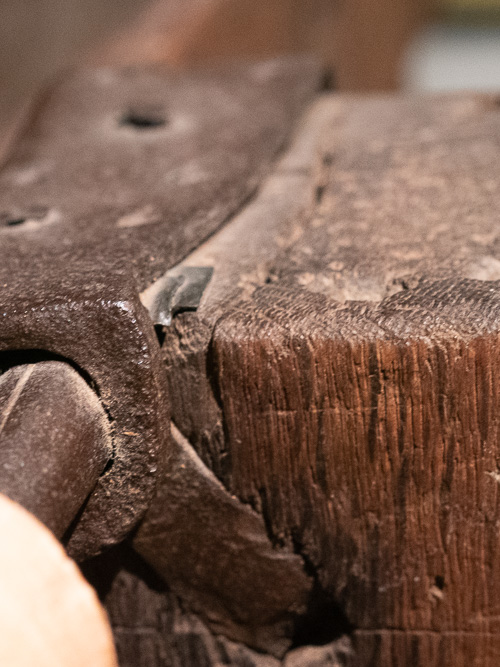 Going back through my photos, it looks like the Dominys had the same problem. The sheet-metal bracket is probably an impromptu addition when some heavy work bent the center during use. Peter and I like the funk, so we’re going to add the bracket though it’s probably not needed for my light work. 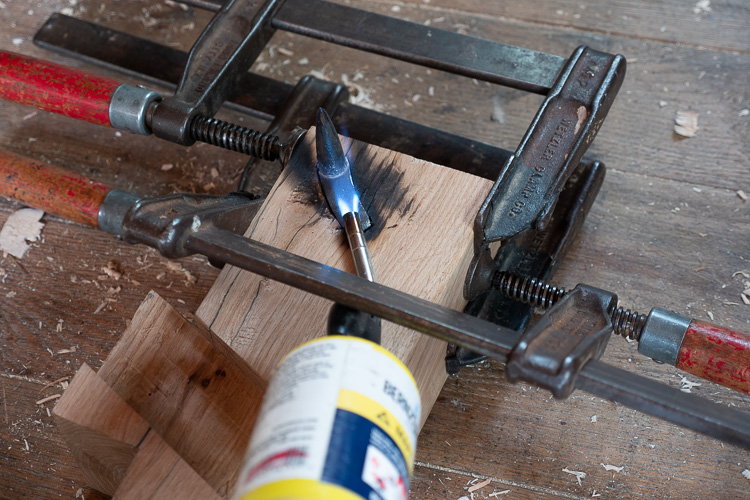 After trying desperately to get the spike out to make the hole bigger, I gave up and went to lunch. With a calmer mind, I though of heating the center hot enough to burn the hole bigger. To my shock, it worked like a charm. 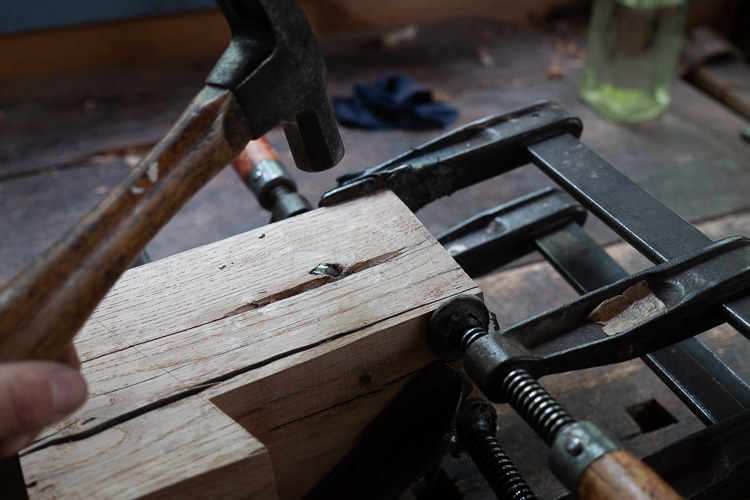 Once in place, the spike its clenched from the back side. 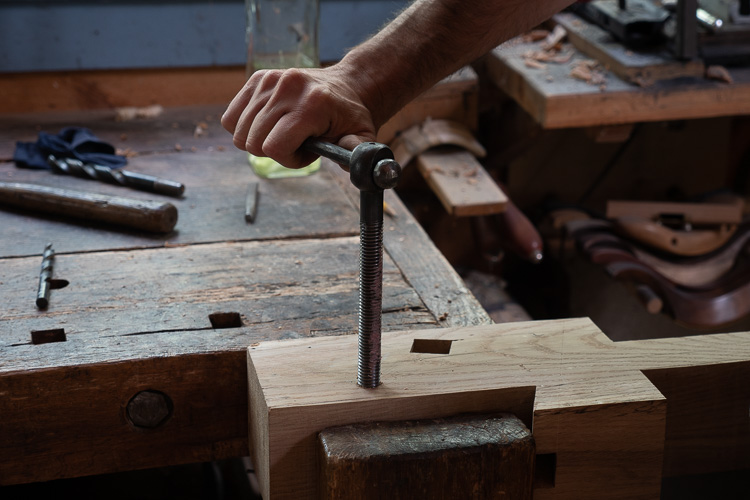 The other center is threaded. I drilled an undersized hole, then used the center itself to thread the wood. 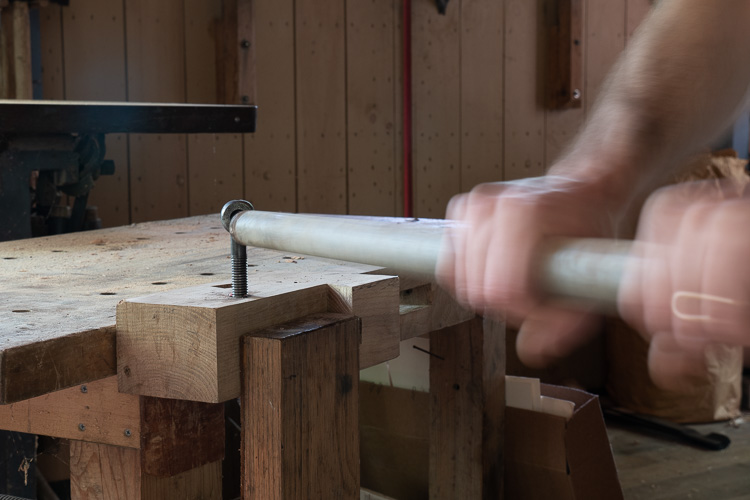 It was pretty tight! The longer handle helped… 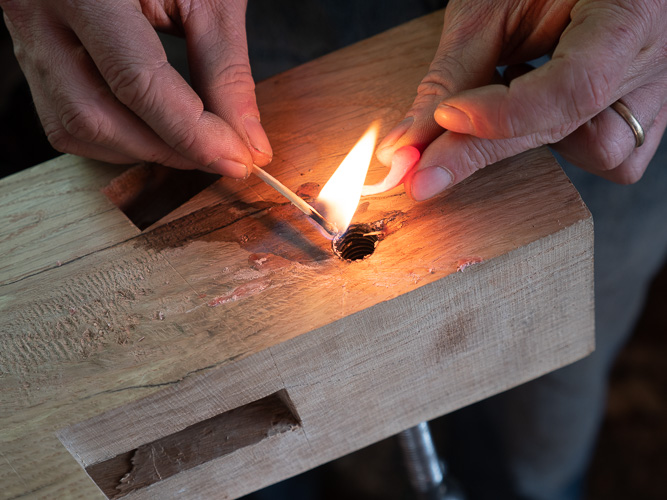 …and melting wax into the hole really helped. After a half hour of working it in and out, it is loose enough to turn by hand, but not easily at all. I need to work it some more when my muscles recover. 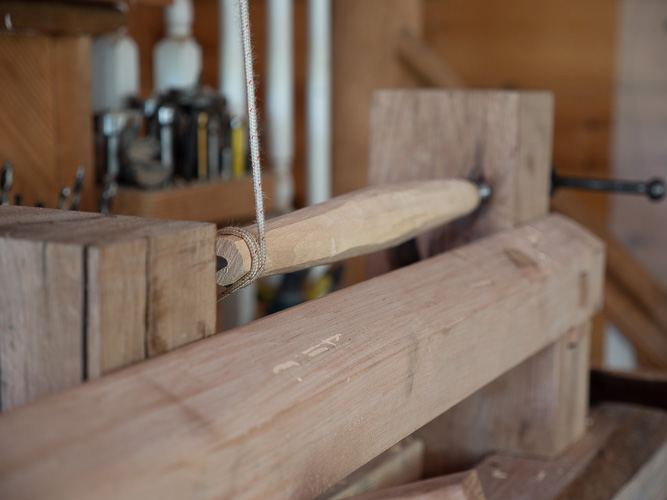 Oops #2: By carefully measuring all the things that did not matter, I got a big error in the one thing that really matters: my tool rest is an inch too low. Darn. I guess I’ll need to make one that is an inch wider. That’s a good job for tomorrow. By then I’ll have gotten used to the idea of the extra work, less tempted to rush thorough the job and maybe find a new way to botch it. Now I think I’ll go read my book.

Very nice! I have to admit I went the lazier route and lag bolted mine together. What are the angled rectangular mortises in the poppets for?

That does work! The angled mortices are for the tool rest.