The Drawknife I Love 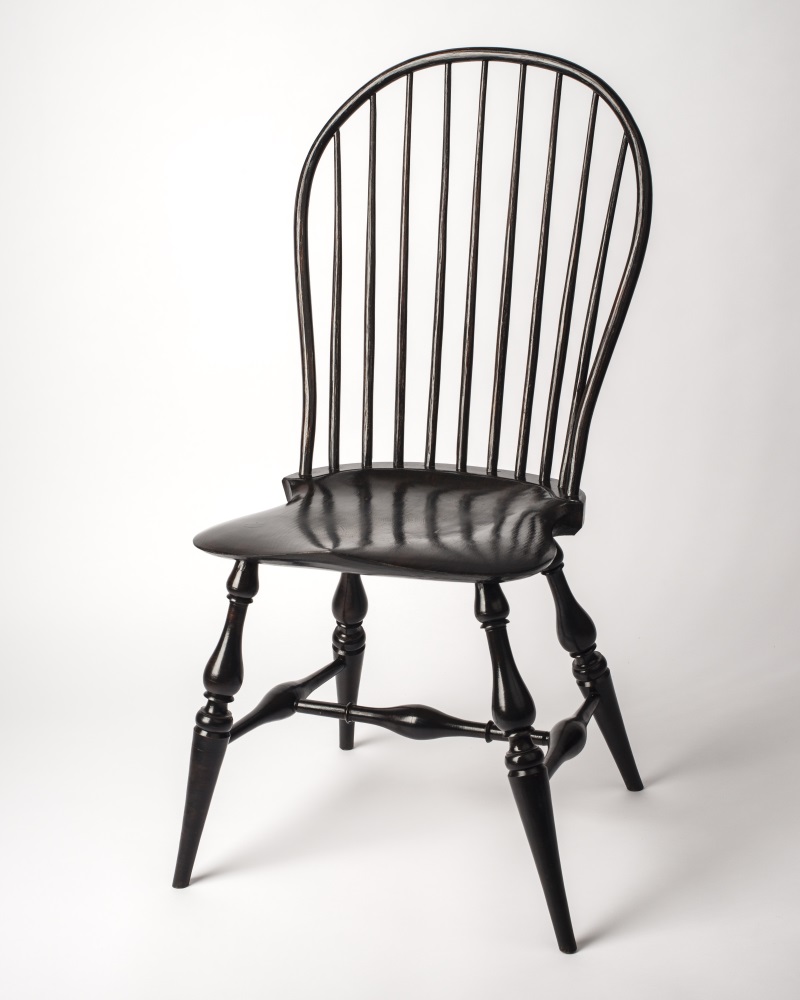 Troy and his wife picked up a set of four loop backs and one continuous arm last week. Troy took a class from me a couple years ago – my chairs will join his chair to form a complete set of six. His a story of his chairs:

Drawknives are the tool I’d collect if I ever start collecting tools, which I never will. The emblematic tool of the chairmaker, drawknives turn rough splits into nearly finished parts quickly and precisely. Making spindles for two chairs using my favorite drawknife, I remembered the day I bought it.

It was 6:30 in the morning, and I thought I’d died and gone to heaven. I was sixteen and surrounded by thousands and thousands of tools. Nearly a hundred antique tool dealers had converged on Ed Hobb’s Raleigh, NC farmyard, tailgates and tables overflowing with tools for coopers and blacksmiths, wheelwrights and machinists, carpenters and sawyers.

An old cardboard box on a tarp behind someone’s truck was labeled “$10 each — 4 for $20.” It was loaded with tools. On top was a drawknife. The drawknife was rusty, its wooden handles missing. But I can make handles. The steel looked good, the shape was right. I rubbed away some rust to reveal the maker’s stamp. “PEXTO,” I later learned, stands for Peck, Stowe and Wilcox, a prolific tool manufacturer that in 1902 grossed over a million dollars in sales.

Back home, I turned hickory handles on my spring-pole lathe, a foot-powered lathe I made from a bungee cord, a rope and a forked branch. I used scraps of copper plumbing pipe as ferrules to keep the handles from splitting, then drove them into place on the drawknife’s tangs. An hour spent sharpening the edge, and it was a drawknife again.

I have whittled thousands of spindles with that drawknife over the last twenty years. Oil from my hands has turned the handles a deep mahogany color. The blade is polished to a high sheen with hundreds of sharpenings. I own over a dozen drawknifes, but this is the knife I love. 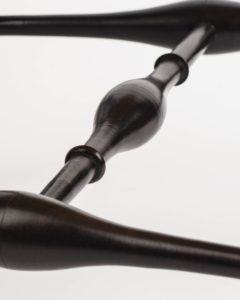 Pic of the drawknife would finish it off nicely.I don’t think any of us appreciate the longevity of a small investment in time in an old tool until we have had the opportunity of hindsight to really understand it was worth it. I came across a chisel of my Grandfathers whom I never met at my Aunties house . It was sitting in a bucket with a hatchet of his with the fine envelope of rust which visits all that are forgotten. Both cleaned up a treat and both will outlast me if cared for.